Some absolutely enjoy his sounds, some shrug their shoulders. If you haven’t heard the sound of Toro Y Moi-Chazwick Bundick-before, give a listen and see if his dance tunes move you…(link below leads you to his video of the first single from new album Anything in Return, “So Many Details”). 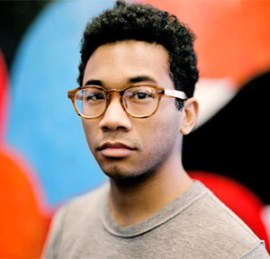 Chazwick Bundick aka Toro Y Moi has become synonymous with ambient, electronic beats that harken to the ‘70s as he infuses jazzy-soul and funk. Toro’s third album, Anything in Return (Carpark), leaves the funk behind and leaps into the next decade.

Yet what is equally alluring and exasperating about Return is that the atmospheric, sonic equation that now epitomizes Toro’s music does not drastically shift from one track to the next. Toro is an excellent creator of singles rather than albums. The result is a record with very few variations that may not keep listeners interested for its entirety; but, pluck songs out individually and one can admire a track’s intended appeal. “Say That,” “Rose Quartz,” and “High Living” pull themselves from the album with catchy hooks and melodies.

As Toro Y Moi is mirroring sounds from genres past, Anything in Return sounds all too familiar.

I wasn’t a huge fan of Jack’s debut album Matinee. It was a blend of 50s rockabilly, rock and ska…not quite my thang. However, Jack returned, turned a new leaf and entered “dance” territory with sophomore album Everything Is New. Here he shows a “sonic maturity” and has now blended rock, dance, calypso-you name it-to create a fun, pop album. My review for Blurt is here, and most definitely check out Jack here.

More free music to stream, here’s the title track…a fun, upbeat song to dance along to!

FINALEMENT! My beloved Blurt Mag has made it to print!

Its premier issue is on the stands now so go grab a copy…you will not be disappointed! And why won’t you be disappointed? Only because yours truly has 2 clips in there…and here they are!